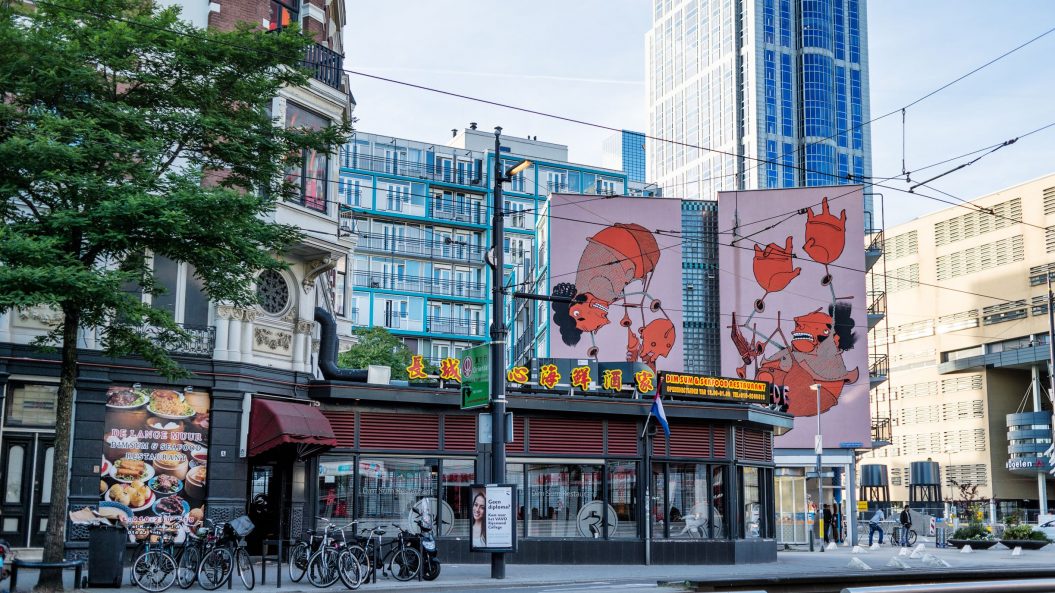 How can intangible heritage be secured and combined with tourism in a city as highly diversified as Rotterdam?

This is a continuing collaboration

Three years ago, Hogeschool Inholland began a collaboration with Kenniscentrum Immaterieel Erfgoed Nederland. The research assignment was: How can intangible heritage be positioned in a highly diversified quarter and made attractive to visitors? The West-Kruiskade in Rotterdam became a laboratory for several lines of research in which lecturers from the Urban Leisure & Tourism Lab Rotterdam are closely involved.

A total of 174 nationalities live together on the West-Kruiskade, and this is reflected in the diversity of restaurants and shops, but also in the festivals which take place there, such as the Keti Koti Festival and celebrations for the Chinese New Year. These are all examples of intangible heritage. Tangible heritage, such as buildings, often automatically becomes a tourist attraction. Intangible heritage, however, is not directly linked to tourism. Albert van der Zeijden of Kenniscentrum Immaterieel Erfgoed Nederland: ‘Tourism can help to ensure a future for intangible heritage. We decided it would be interesting to explore this idea, but we didn’t have the required manpower ourselves. We got in touch with Hogeschool Inholland and asked them to conduct some applied research within their Tourism Management discipline’.

Hogeschool Inholland started working on a case in Rotterdam, viz. the West-Kruiskade, a highly diverse city quarter in which various cultures live together. A number of exercises were subsequently performed – graduation studies, minors, partial assignments and hackathons – all aimed at mapping out the situation and developing concrete ideas. Wendy Raaphorst of Hogeschool Inholland is involved in the project: ‘It started with an exploratory approach; a graduation study into the wishes and needs of stakeholders such as the municipality, heritage communities, entrepreneurs and residents. After that we zoomed in further, and the ideas and solutions became increasingly concrete. It is very gratifying to see that the entrepreneurial association of the West-Kruiskade is strongly involved and very enthusiastic’.

Charlotte Beukers, who is also a teacher at Hogeschool Inholland: ‘During a hackathon week, we asked students to think up an idea that would trigger visitors to walk from Rotterdam Central Station to the West-Kruiskade. This resulted in six concepts. Among other things, the students deployed guerrilla marketing – such as a flash mob – and augmented reality’. The plans resulting from the hackathon week are being handled by a new student, who is conducting follow-up research into perception and storytelling. Van der Zeijden: ‘Meanwhile, the West-Kruiskade has become a kind of research laboratory, and something of an example for other highly-diverse quarters in the Netherlands’.

The activities of Urban Leisure & Tourism Lab Rotterdam are connected closely to the ‘2017-2020 Knowledge Agenda for Intangible Heritage as a testing ground for a globalising society’ of Kenniscentrum Immaterieel Erfgoed Nederland, and the research lines New Urban Tourism and Intangible Heritage & Tourism. Starting from the next study year, the lecturers will therefore be playing an important role in defining the framework for follow-up projects which will have a greater focus on sustainability and the Sustainable Tourism theme. 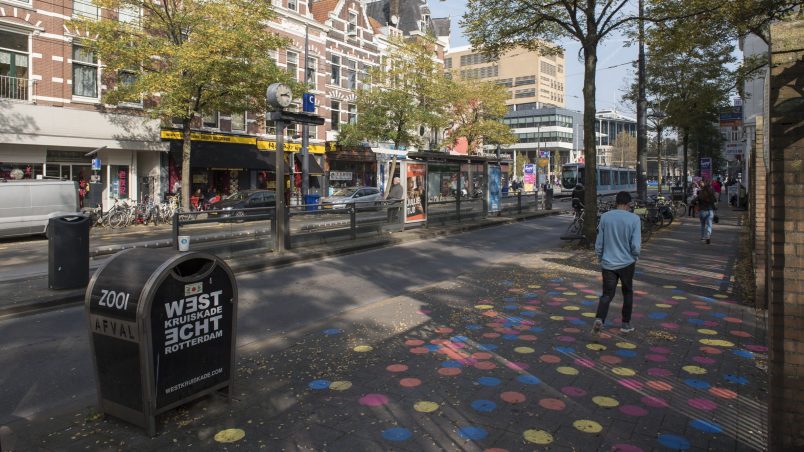 Research on ethnic tourism in Rotterdam and The Hague