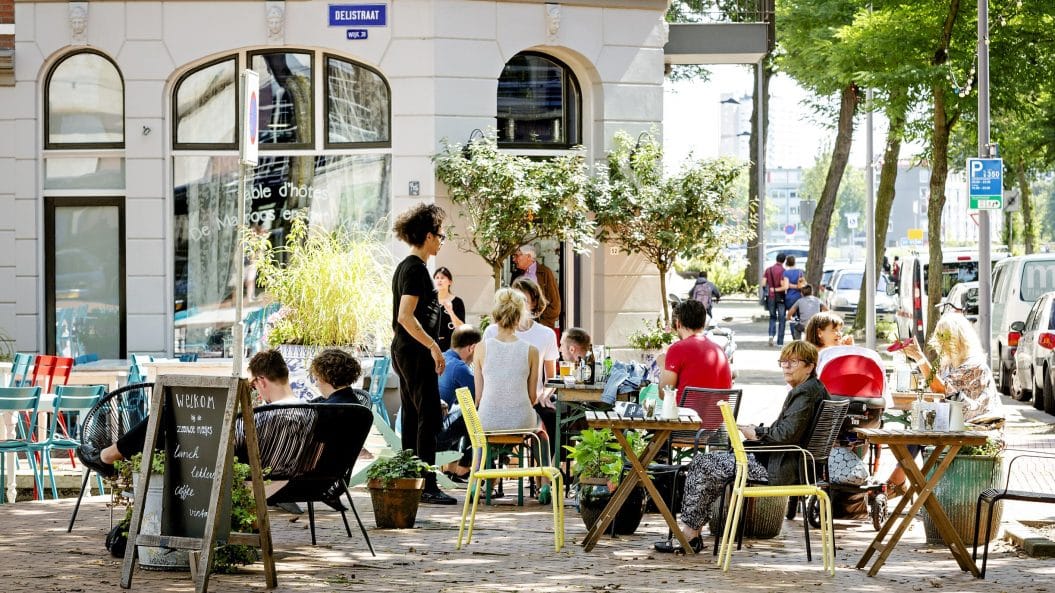 From the red light district and Chinatown to an almost unrecognisable neighbourhood. How do you organise a hybrid event for a neighbourhood where gentrification plays a big role and where the division between old and new residents grows?

Katendrecht or “De Kaap” as the residents call it, is a neighbourhood with a rich history. Once upon a time it had the biggest Chinatown in all of Europe and where as soon as you mentioned you lived in Katendrecht, people assumed your mother was a whore. Since then, there have been a lot of changes. Old buildings were torn down and are being replaced with apartment buildings. These new buildings also attract new residents.

“Rotterdam Make It Happen” wants to explore the possibility of involving residents from neighbourhoods like Katendrecht in international hybrid events (online/offline) such as the Eurovision Song Contest. But what do the people want? 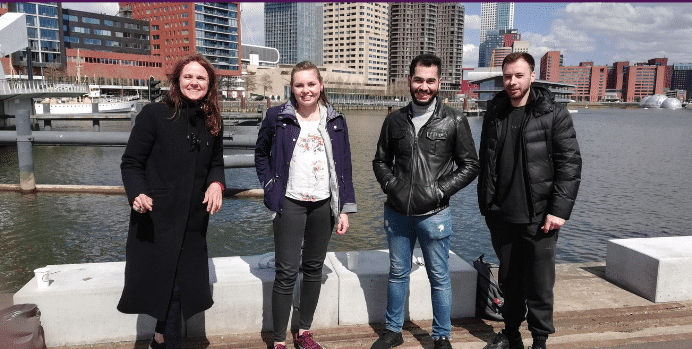 People in Katendrecht are very open-minded, communicative, and easy to talk to. Therefore, finding people to interview was not difficult. They were enthusiastic to tell their experiences and opinions.

An important surprise is the division between the residents who have been born and raised in Katendrecht and those who have just moved in. For example, at the beginning of the pandemic some residents made posters offering help with things such as getting groceries.

While this sounds nice, they only put it in the mailbox of a few specific houses. But why did this happen? The search to answers continued. Story house Belvédère finds its origin in the year 1884 (then called Bellevue). It’s safe to say they know Katendrecht and it’s residents well. Fenmei Hu is one of the volunteers there and was able to provide more insights. She sees that the people have a need for contact and that the neighbourhood is changing. Just like the residents she mentioned the gentrification. Story house Belvédère organises various events like bringing soup to elderly or organising a lunch where everyone can join for a small fee.

Platform Katendrecht sees exactly the same developments as the residents and Fenmei and that is why they started their organisation. They were very enthusiastic when they were informed about the plans of Rotterdam Make It Happen and therefore their reaction was the following:

Big events have a direct impact on the local economy. They would be able to get a bigger social impact if they would connect a CSR aspect to which groups of people from the city would be more involved by the preparations and the executions. CSR (corporate social responsibility) is a self-regulatory business model that enables a firm to be socially responsible—to itself, its stakeholders, and the general public. This helps companies to be more aware of their impact on all parts of society, including economic, social, and environmental, by exercising corporate social responsibility, also known as corporate citizenship. For example internships and traineeships for young people and people with poor job prospects, or involve the local parties such as bands, orchestras and choirs, possibly in a parallel event. Furthermore she said that she believes that interaction will also work. Instead of just sending, also stimulating the people to take initiative themselves, like participating in a game, sharing things on social media and/or involving schools.

A significant insight is that connecting and involving the residents is of high importance. Katendrecht has various organisations which are all trying to do their part in this process. Story house Belvédère, Platform Katendrecht and theatre Walhalla are three important organisations based in Katendrecht. Their missions overlap the mission of Rotterdam Make It Happen and therefore it is advised to involve them into future hybrid events. As a group we have developed the following concept: ” Organising an event where people can come together, eat, drink, dance and connect with each other.”

To actively involve the people, the idea is, before the event is held, the residents of Katendrecht will get a folder into their mailbox asking them if they would like to participate in making a video.

The people who will be in the videos will answer a question related to the event. For the Eurovision Song Contest that could be: What is your all time favourite song contest number and why?

On the day of the event, the people can come together at for example one of the parks. They can eat all kinds of different foods and walk along screens to see the previously recorded videos. The purpose with this is for people to get to know their neighbours and it may make it easier to connect with each other. An option could be to add an extra element to get the people even more involved think about a local tournament about the results of the Soccer Euros, or asking them to help prepare the food.