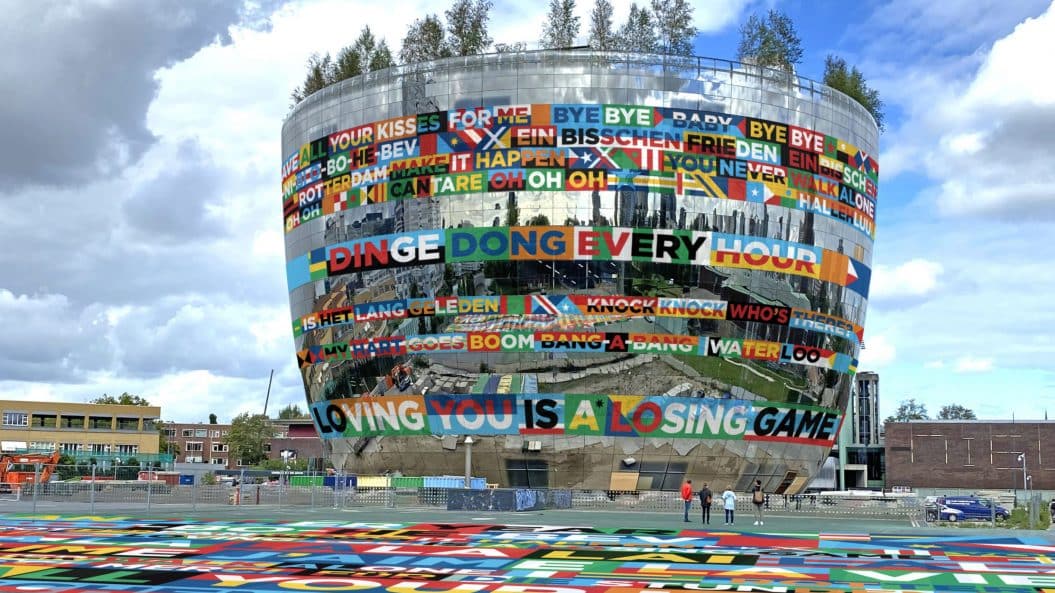 Nieuwe Werk and Dijkzigt on the map

Which innovations/concepts/experiences could help to involve residents aged 15-25 from Nieuwe Werk and Dijkzigt in international hybrid events (online/offline) such as the Eurovision Song Contest? This is the big question Urban City Events spent eight weeks trying to answer. Through the method of Design Thinking, research has been done and concepts have been developed during the four climbs. The partner who gave us this question is Rotterdam Make It Happen. Make It Happen is the joint city marketing pay-off that was created at the end of 2014 from the collaboration between the Port of Rotterdam Authority, Erasmus University Rotterdam, Municipality of Rotterdam, Rotterdam Partners, Erasmus MC, Rotterdam Topsport and Rotterdam Festivals.

Design Thinking consists of the following 4 climbs; Discover (1 week), Define (2 weeks), Develop (1 week) and Deliver (2 weeks). In climb 1 the assignment was explained and desk and field research was done. For the field research Urban City Events went to Nieuwe Werk and Dijkzigt to explore the neighbourhoods, pictures were taken of particularities. Eventually the findings were presented to the client during the first jam session. 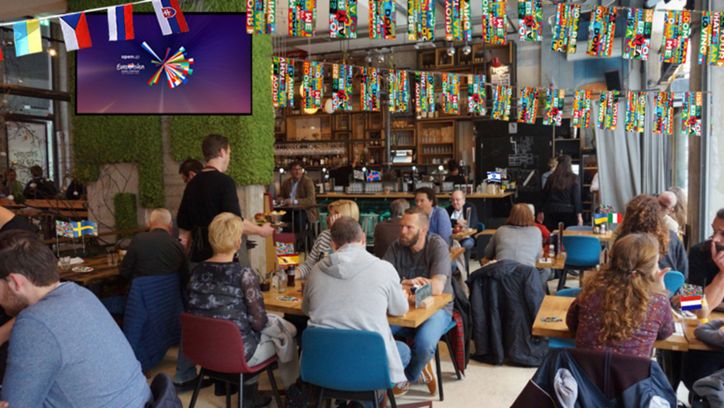 In climb 2 the focus was on framing the issue. Field research was again done, a number of things were asked of the target group so that their wishes and needs could be ascertained. Three concepts emerged from this, partly by using theory. We looked at trends and developments, but especially at what an innovative concept exactly means. This climb lasted two weeks and an extra self-study week.

The third climb went very quickly, it lasted only a week. During the second jam session, the cooperation partner had given feedback on the concepts, with this feedback the three concepts were changed to two concepts and these were also worked out in more detail. The two concepts will be explained later in this article. Finally, prototypes were created from these concepts. 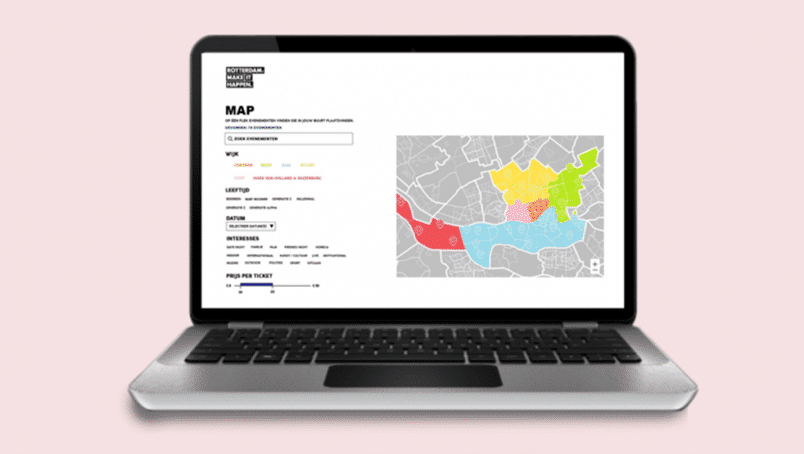 With these concepts, we solved the problem of the cooperation partner: Rotterdam Make It Happen. The interviews conducted during the Discover and Define phase revealed that one problem of the target group is that they would like to see more physical meeting places in Nieuwe Werk and Dijkzigt. This is also mainly due to the influence of the coronavirus in society. The concept of The Happen Club solves this problem by allowing the target group to meet online at various places. Another problem they encounter is that they do not know where to find all the events taking place in their neighbourhood at all. With the showcase map they can find all events in one place and they can use different tools to find information about events that take place in their neighbourhood. Urban City Events is pleased with the end result and looks back with pleasure on Creative Future.