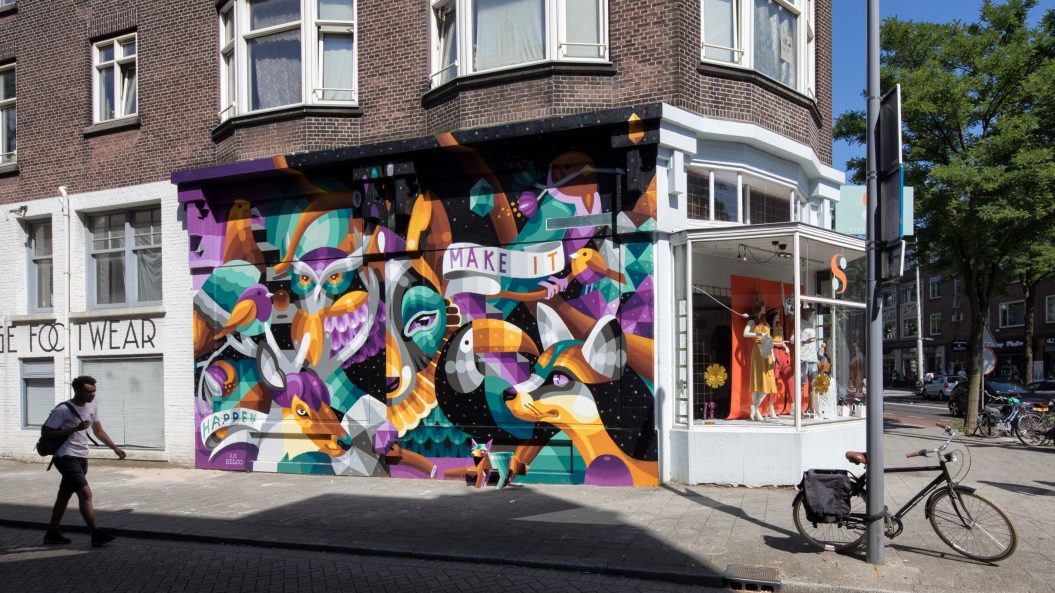 On Tuesday 8 June, the Urban Leisure & Tourism Lab Rotterdam hosted a design session on cultural tourism. The Urban Leisure & Tourism Lab Rotterdam is one of six living labs participating in the European project SmartCulTour, funded by the European Commission under the H2020 program. In the session various stakeholders determined how cultural tourism in Rotterdam could be shaped, what knowledge and information would be needed and which stakeholder could play a role in this at a given time. During the session, a ‘Miro’ board was used.

The meeting was led by Bert Smit, researcher at Breda University of Applied Sciences. Stakeholders from various organisations in Rotterdam were also present, such as Rotterdam Partners, the Municipality of Rotterdam, the Expertise Centre for Intangible Heritage, Rotterdam Festivals and Arttenders. The attendees first discussed the tourist vision of the city of Rotterdam, which states: “By developing Rotterdam’s districts based on their own identity, we create new incentives for tourists to visit areas other than the inner city.”  This raised a very important question, which kept recurring throughout the session, namely: ”How can different stakeholders successfully work together, when tourists are drawn to areas outside the inner city and how can we simultaneously ensure that the ‘Rotterdammers’ remain central to this but that the city can also welcome visitors?”

The Q-sort conducted following the inception meeting, revealed that stakeholders largely agreed on the following statements that focus on co-creation and cooperation:

-In a participatory approach to cultural tourism, diversity of the stakeholders involved is crucial for optimal decision-making.

– To achieve sustainable cultural tourism, cooperation between the cultural sector and the tourism industry must be improved. 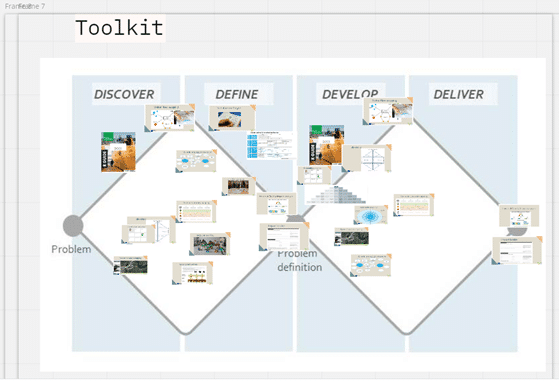 Partly based on these propositions, this session started, using the Miro board to guide the discussion. The participants were challenged to reflect on the statements from the Q-sort and to indicate which stakeholders they missed at this point in the process. Next, a brainwriting exercise was used to determine what knowledge, experience and information is needed to shape cultural tourism in Rotterdam. Given the disciplines of participants this provided a great overview of already available information but also the diversity of knowledge and information still needed. As some of this information is very location based the stakeholders will only be able to collect it when specific district(s), outside the center of Rotterdam, are selected. Moreover, such a choice will make it easier to determine opportunities for collaboration with local stakeholders in various districts.

Finally, with the aid of the Double Diamond model, a careful look was taken at the first steps in the process to come to a selection of districts and first steps after selecting specific district(s). Which stakeholders appear where in the Double Diamond model and which design tools could be used here? All in all, it was an interesting session in which good steps were taken to start the process. The next session will take place in early September.