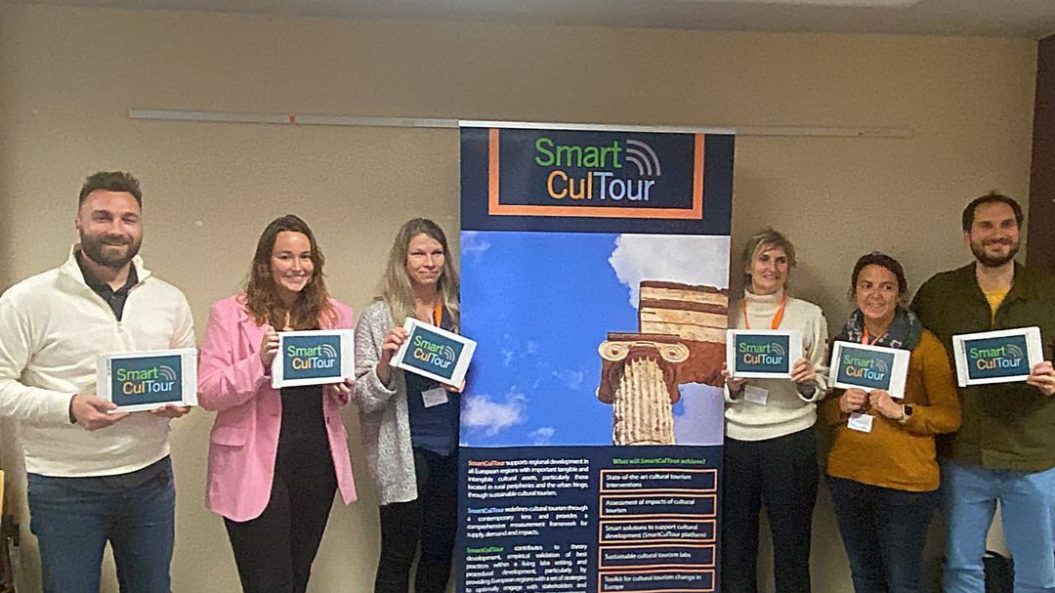 Between 16 and 18 March, Programme Manager Iris of the Urban Leisure & Tourism Lab Rotterdam visited the Huesca region in Spain. She did this as part of the European project SmartCulTour. This is a project funded by the European Commission within the framework of the H2020 programme. Within SmartCulTour, six European living labs work together with stakeholders on innovative solutions for sustainable cultural tourism.

Meet up in Zaragoza

The regions are supported with important tangible and intangible cultural assets, especially those located in peripheral rural areas and on the outskirts of cities, through sustainable cultural tourism. The delegates of the different living labs met on Wednesday evening in Zaragoza. Zaragoza is the capital of the region of Aragon and borders the region of Huesca, where one of the living labs is located.

Train the Trainer in Huesca

On Thursday and Friday morning, the visit will focus on learning tools that can be used to achieve cultural interventions. These tools are taught to the living lab managers so that they can apply them in their own living lab with participants such as government organisations, companies but also residents. However, during the training Huesca is central as a case study. The following tools were used to gain a better understanding of what kind of cultural interventions could be used for the region of Huesca in the future:

All the tools show how important it is to work together with various stakeholders in the living labs in order to come up with interventions that are sustainable and have a strong support base.

Getting started in Rotterdam

The insights from Huesca will be included in the next SmartCultour sessions planned in Rotterdam. The Rotterdam lab focuses on two areas in Rotterdam, namely Hoek van Holland and Bospolder-Tussendijken. In these two districts, researchers, residents, and representatives of businesses have been working together for some time to explore the possibilities of cultural tourism. The sessions hosted in March and April will focus on the SmartCulTour game and the Roadmapping tool. These will be used to determine together which interventions could be applied in the future to make sustainable cultural tourism a reality in both neighborhoods.