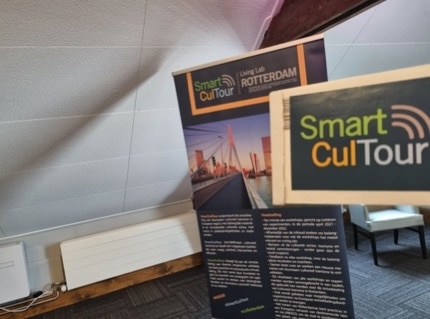 Serious Gaming for the future of Hoek van Holland & Bospolder-Tussendijken

At the end of March, stakeholders from Hoek van Holland and Bospolder-Tussendijken played a game to determine which interventions could be applied in the future to further develop cultural tourism in both districts. This game was obviously not just a ‘game’ but a serious game developed within the framework of the European project SmartCulTour.

The Urban Leisure & Tourism Lab Rotterdam / Living Lab Rotterdam is one of the six living labs participating in the European project SmartCulTour, which is funded by the European Commission within the framework of the H2020 programme. The aim of the living labs is to encourage networking between tourism stakeholders in order to develop best practices and innovative solutions for sustainable cultural tourism, which can also be exchanged with other European regions.

Over the past months, several meetings have taken place with Rotterdam stakeholders to identify areas where there are opportunities to further support sustainable cultural tourism. Hook of Holland and Bospolder-Tussendijken are the areas where a neighbourhood-oriented approach with stakeholders is being used to investigate what is needed to further develop cultural tourism. For example, in both Hoek vanh Holland and Bospolder-Tussendijken, neighbourhood tours were conducted to identify interesting places in the areas together with stakeholders. In addition, interviews were conducted with stakeholders to get a better idea of what cultural interventions might be of interest.

On 24 March, various stakeholders, namely the municipality, local residents, cultural entrepreneurs and researchers used tools to think about the cultural tourist future of Hook of Holland. The meeting took place in MY Torpedo shed. A piece of cultural heritage, the shed was used for years to store sea mines and torpedoes. Since 2014, the shed has been used as a hotel, restaurant and meeting venue.

The meeting started with the use of the House of Quality tool. This is a tool to reach consensus on (policy) interventions that have the greatest chance of contributing to the wishes of a destination. The tool was used in Hoek van Holland to get more indication about which (policy) intervention has the greatest chance of success when it comes to making Hoek van Holland ‘better’. In addition, the tool helps in making rational decisions.

The ‘needs’ were jointly assessed. How important is accessibility to good jobs?’ or ‘How important is the development of a cultural identity? After rating the needs with a number, the current situation was mapped. How is the accessibility to good jobs at this moment? Subsequently, the stakeholders were asked what type of cultural interventions they considered important, after which the first results of the House of Quality were revealed. For example, the most important intervention that emerged was that there is a strong need in Hook of Holland to develop ”A cultural tourist offer that can attract visitors during the low season.”  This intervention is in line with the need of, among others, the municipality of Rotterdam to transform Hoek van Holland into a four-season seaside resort in a sustainable manner.

After the deployment of the House of Quality, the SmartCultour Serious game was used as a tool. The serious game is a hybrid role-playing game that uses a combination of a digital dashboard, a mobile app and physical intervention cards. Players assume the role of regional stakeholders of cultural heritage and try to achieve their goals and needs by creating interventions or supporting someone else’s intervention. The players are of course given roles they do not fulfil in everyday life. This makes for surprising results. In Hoek van Holland, the most important outcome was the need for a practical strategy to achieve the four-season resort in a sustainable way. In the next session on 14 April, the Roadmapping tool will be used to determine together which steps need to be taken.

With this intervention in mind, the various stakeholders got to work together using the SmartCultour Serious game. The game showed that there is a strong need to bring together a number of existing social but also cultural components in a (public) space. On 18 May, the stakeholders will sit down together again to take the first steps, based on roadmapping, towards making this a reality in the future. 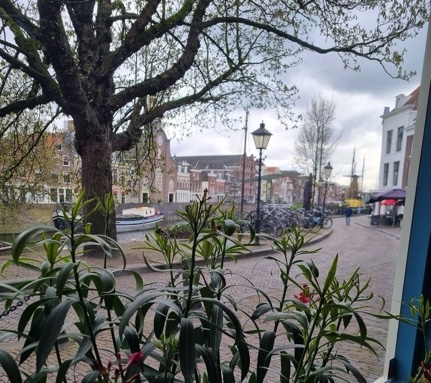 Want to know more about SmartCulTour? Check out the website