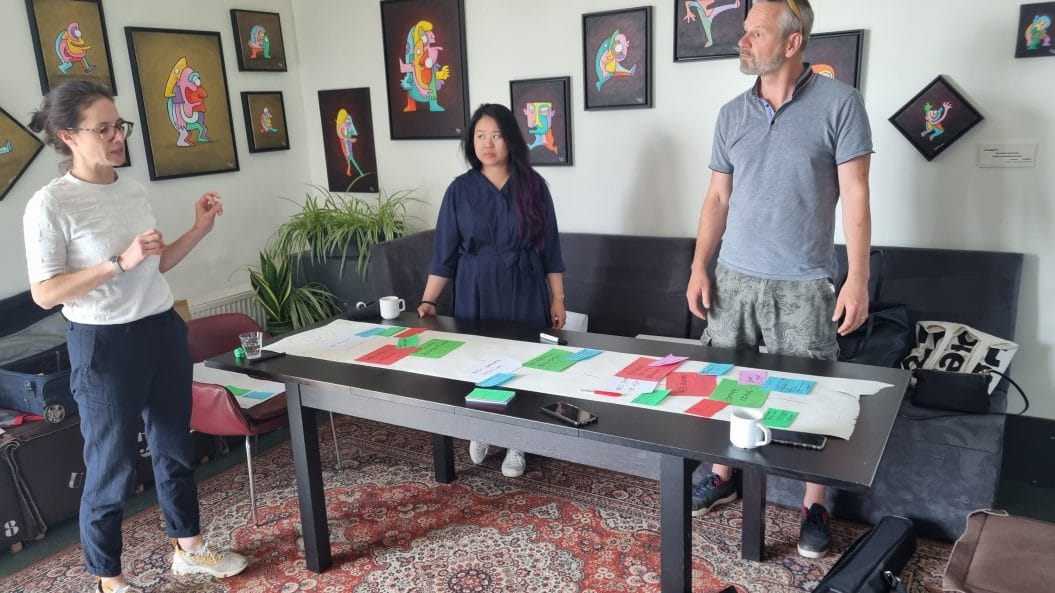 In April and May, stakeholders from Hoek van Holland and Bospolder-Tussendijken worked on a roadmap for both districts. Based on ideas and inspiration from earlier sessions, stakeholders worked to make a timeline more concrete, where interventions aimed at sustainable cultural tourism would be given a logical place. For the time being, the sessions were the last major brainstorming sessions within the framework of the European project SmartCulTour.

The Urban Leisure & Tourism Lab Rotterdam is one of the six living labs participating in the European project SmartCulTour, which is funded by the European Commission within the framework of the H2020 programme. The aim of the living labs is to encourage networking between stakeholders in the tourism sector in order to develop best practices and innovative solutions for sustainable cultural tourism, which can then be shared with other European regions.

In recent months, several meetings have taken place in Hoek van Holland and Bospolder-Tussendijken. Neighbourhoods with great potential for the further development of sustainable cultural tourism. Want to know more about the meetings? Read here the article about the Serious Gaming sessions in the districts.

On 14 April the roadmap session for Hoek van Holland took place in PLSTK-café. The session was a continuation of the previous sessions which focused on tools such as participatory system mapping, house of quality and serious gaming. The aim of the session on 14 April was to create ideas for the development of Hoek van Holland and at the same time to outline potential development paths.

New ideas are often difficult to come up with but are necessary to achieve innovations. We often revert to ideas from the past to try and make something new out of them. However, these ideas are often not very innovative. Wild ideas, on the other hand, can lead to innovations. To get to these wild ideas, the ‘ideation washing machine’ was used during the session. This is a tool that helps stakeholders to think out of the box and come up with wild ideas. Three elements were put in the washing machine, namely; the interventions from the previous sessions, elements that make Hoek van Holland the way it is and things that make the participants happy.

The elements were successfully mixed and worked out within a maximum of five minutes each. This resulted in new ideas, such as

– Adding nature and gastro elements to a hip campsite

– Various dining concepts such as: bunker in the bunker

Next, the stakeholders started working with the ‘Design Roadmapping Tool’. This tool can help areas to make conscious choices by stimulating discussion about:

– Developing types of experiences and what is missing for specific groups

– Timeline and prioritisation of interventions and ideas

– Who within an area, city should have a mandate.

By actually placing the roadmap on a long table, the stakeholders came up with nice timelines. As a follow-up to this session, the researchers involved in SmartCulTour will produce an action report that various participants can elaborate on in order to further perpetuate sustainable cultural tourism in the Hook of Holland.

The ‘ideation washing machine’ again produced interesting ideas during this session, such as:

The second part of the session was again the application of the ‘Design Roadmapping Tool’. The three timelines that were set out all started with an easy-to-organise event (e.g. coffee crawl), and then developed into larger interventions that require more structural funds and/or infrastructure. The interpretation in terms of responsibilities and mandates differed per group.

Naturally, the researchers will also come up with a concrete action report for this week, with which various stakeholders from Bospolder-Tussendijken can get to work. 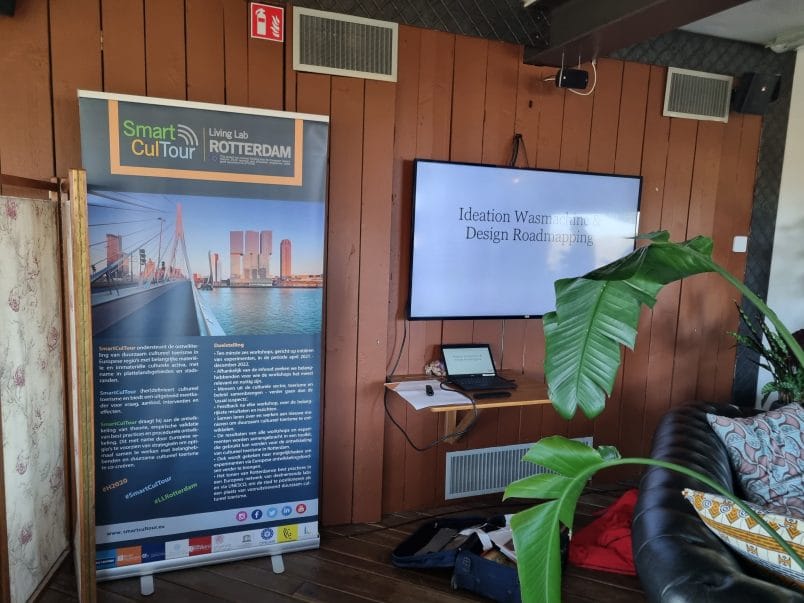